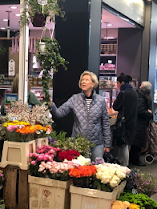 Saturday in Paris is a day to get ready for Sunday.  It’s a day to see all that you can see and visit as many markets as possible to stock up on food, since nothing is open on Dimanche.

Under Candy’s guidance we headed out to the Place d’Aligre.  I had been demoted to follower after getting us lost too many times as navigator.  Anyone who has traveled with me knows better than to listen to me.  I have the worst sense of direction, yet I will swear I know where I’m going.  Candy caught on fast and took command.  With only one mishap (nobody’s perfect) we found the market 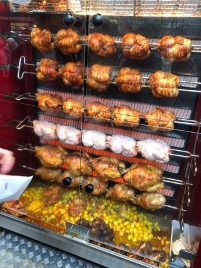 Place d’Aligre has an open-air market, and a covered market called Marché Beauvau. Tucked under one roof are independent mini markets specializing in meats, poultry, Italian foods such as fresh pasta, olives home-made lasagnas etc. cheese stores, flower markets, French charcuteries and many more unique and interesting gourmet shops. The isles are tight between each stand and very crowded on Saturdays.
Outside, vendors set up on the street and sell fruits, fresh vegetables, big bundles of herbs and flowers.  If you’ve never experienced one of these markets, make sure you add it to your bucket list, it’s well worth visiting. 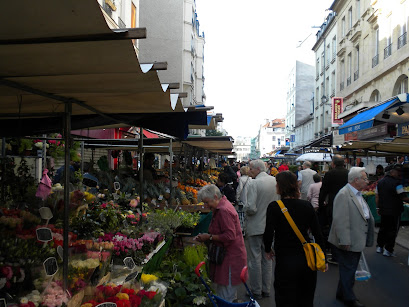 After dropping off our epicurean treats at the apartment we headed across town to a much different market called Marché Aux Puces de Clignancourt.  It boasts having the largest antique stores and second hand shops in the world. I thought Candy might enjoy a bit of culture. I readied myself for the trip.  “Now, Candy, don’t take your purse just a money belt or hide your cash inside your coat. And for goodness sake put your hair up in a hat.  The last thing you want is to be noticed.”  She stopped in her tracks and said, “Just where are you taking me?”  “To the flea market,” I said. “It’s filled with pick pockets and shady people, mostly Nigerian and African…and it’s in a bad part of town. We’re going to look like two marshmallows bobbing in a sea of hot chocolate.”

We took the metro to the end of the line and when we popped up from the tunnel we knew we weren’t in Kansas anymore! If Toto had been there he’d be toast!  The streets were littered with trash; the buildings decorated in graffiti. Men with watches covering their arms yelled at us to buy.  Young boys held out what looked like real I-Phones and prompted us to look.  We were pushed along by the throngs of people through narrow streets with stalls on each side filled with Nike tennis shoes, Ralph Lauren shirts, Gucci purses, you name it they had it…all knock offs. I was in my element.

After about ten minutes of this Candy said, “I’m done. Let’s go.”  So much for culture.

By the time, we got back to Paris it was 5:00pm and we were ready for lunch.  We both agreed we wanted something light and since the day was overcast and cold settled on soup.

“Can I take my hat off and not get pick pocketed?” Candy asked.

Oh, ye of so little faith I thought to myself.  “Of course, you can,” I lied.

We got off at Les Halles.  This area has many pedestrian walking streets and lots of restaurants.   The area is lively. You can find bands playing and mimes performing and tons of people, especially on a Saturday.  I spotted a Japanese restaurant.

“Hey how about that place?” I asked.

“How about the one next door,” Candy said, pointing to a sign that read Fresh Noodles & Woks.  After dragging her all the way out to Clignancourt it was the least I could do.

We both ordered shrimp soup.  We were asked to pick one of the following type of noodles for our soup, vermicelli, sliced noodles, Ramen or Rice Noodles.  Candy said Ramen so I did too.  My daughter-in-law Lori loves Vietnamese Pho and my son Douglas loves any kind of Vietnamese food. I only wish they were with us for this lunch.

The restaurant was tiny and the kitchen couldn’t have been more than 90 square feet if that.  We could watch the chef as she prepared the meal.  At one point, I looked over and she was kneading dough then rolled it out into a one-foot rope.  She picked up the rope and began to pull on both ends while spinning the dough and bouncing it up in the air extending it into a three-foot rope.  She kept repeating this and turning the dough.  You could see individual strands forming. She was making the noodles for our soup!  I had never seen this done before and was fascinated.  The soup was fabulous. The broth was a chicken broth with spices and a hint of cardamom. The noodles were to die for, tender and smooth with a wonderful flavor I couldn’t identify. She put the shrimp in a wok with various oils and spices and cooked them to perfection, then added them to our soup.  The veggies were crisp. I thought I’d died and gone to heaven.  I have NEVER had anything like that soup…and it was only 9 Euros! 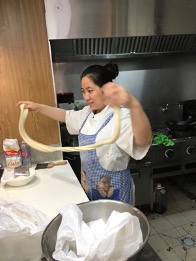 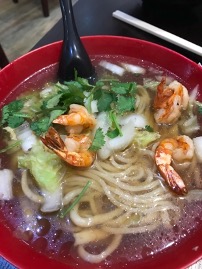 Tomorrow, on Sunday, I would thank God for this terrific find and pray that I can find this place again next year! 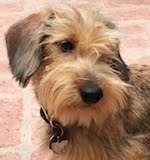 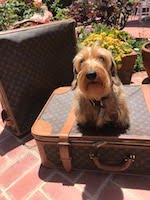 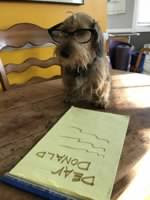 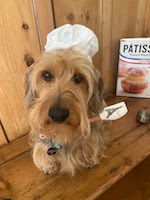 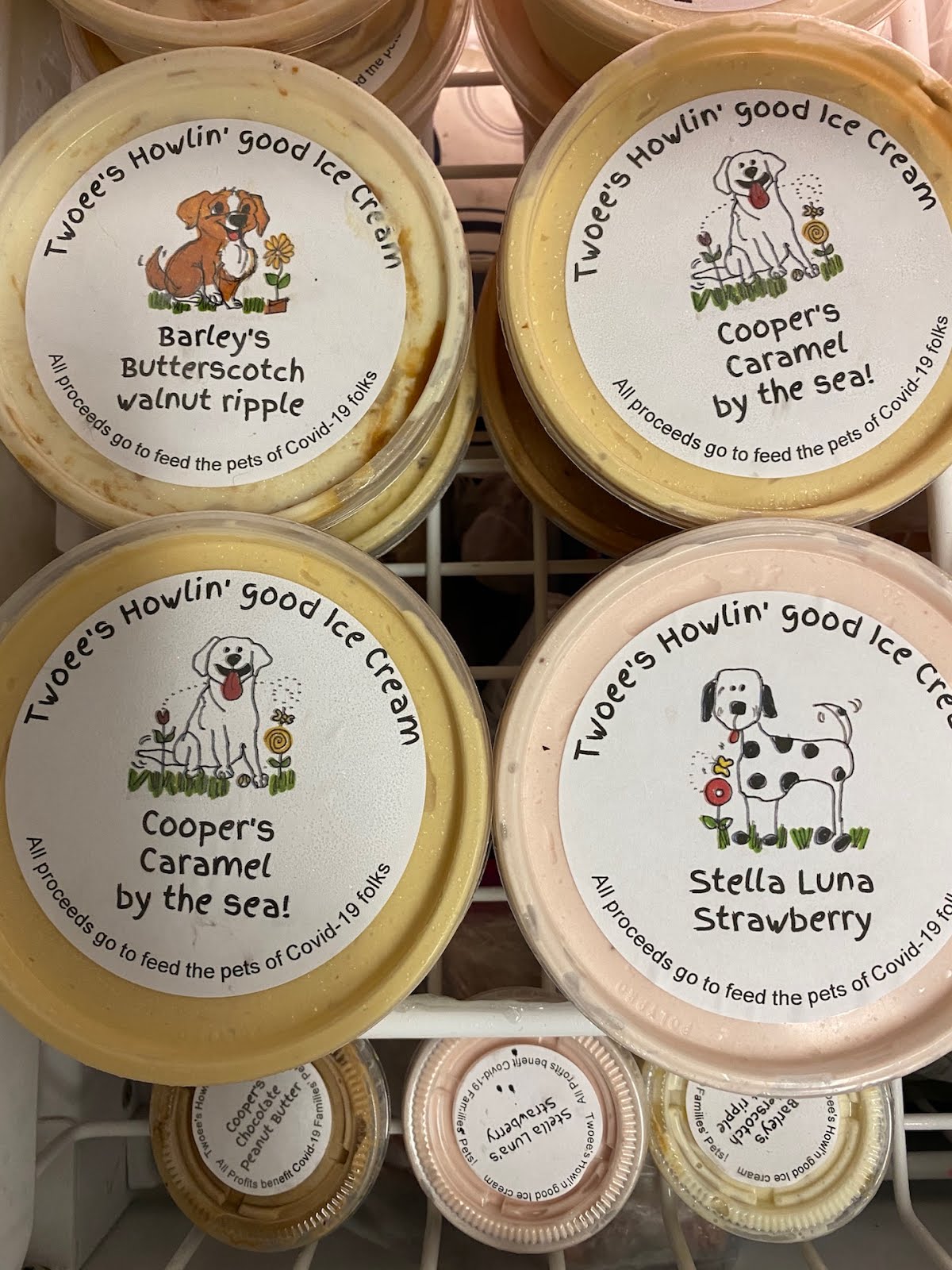